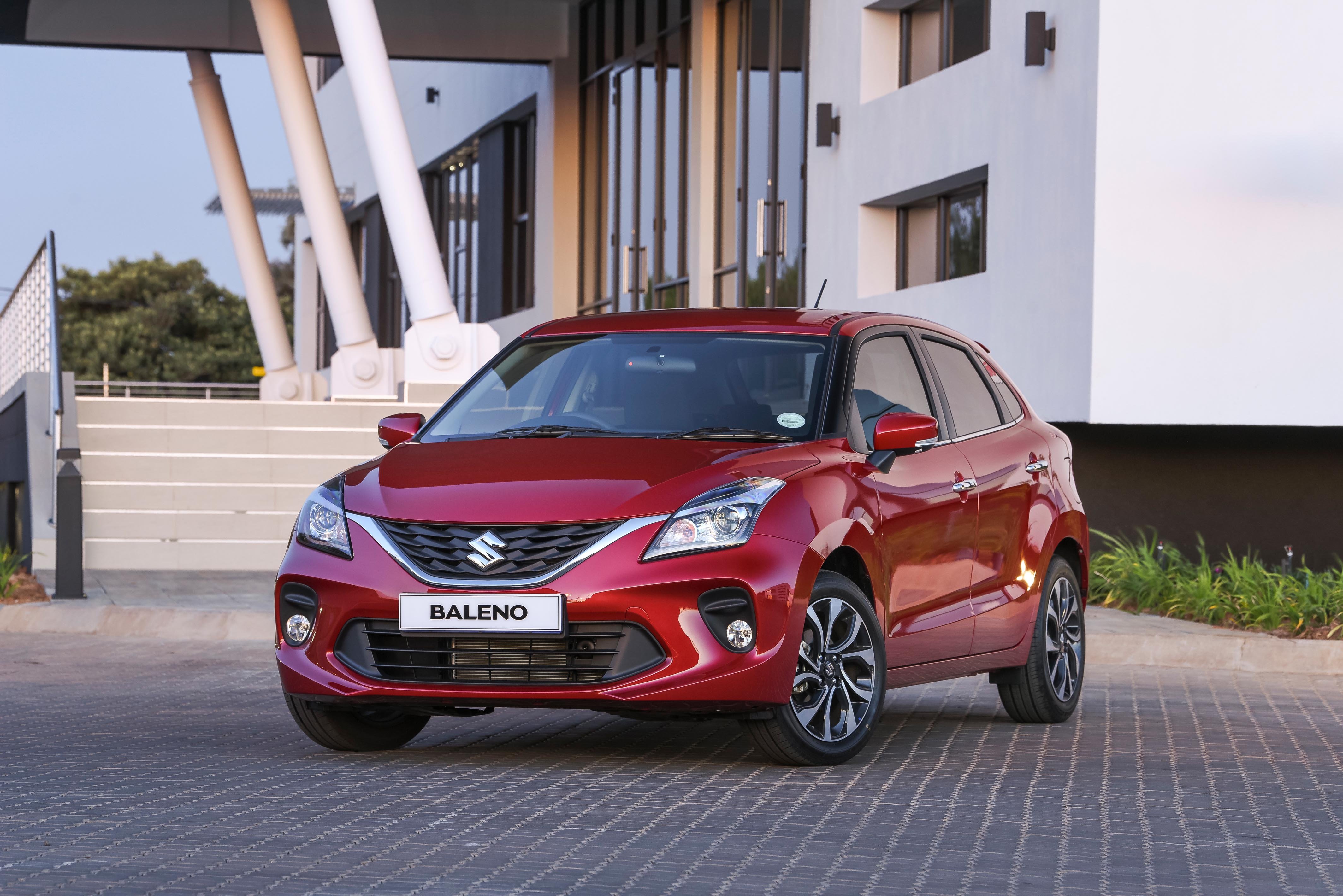 The Baleno is the Suzuki hatchback that slides right into your life - because its the original fit!

Book a Test Drive in the Baleno

We’re excited to offer this beautiful car that's packed with features. The GL model starts from only R2 599 per month, the Baleno packs a lot of punch. 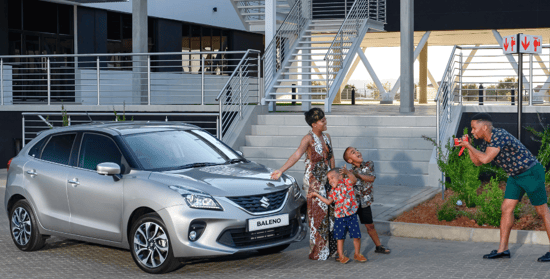 You can get your very own Suzuki Baleno from R2 599 per month. View the latest Baleno deal

A safe & reliable hatchback that is a joy to drive

Suzuki is well known for designing reliable small cars and the Baleno is no exception! This hatch is zippy to drive and light on fuel but it is also a budget beater when it comes to maintenance alongside some key features that help keep you and your passengars safe.

Suzuki’s light, impact-absorbing TECT body has evolved with the use of the new platform and computerised structural analysis. The Baleno’s body was cleverly designed to absorb and disperse energy. The impact-absorbing bonnet, front bumper and wiper system protects pedestrians’ heads and legs from injury in the event of a collision. This is an important safety feature that will make you feel safer on the road.

The preventative and collision safety features are designed to mitigate injury in case of an accident, and give you an added layer of safety on your drive. These features include ABS (Anti-Lock Braking System), and energy absorbing body, pedestrian protection and multiple airbags.

"Suzuki is continuing their model assault on Mzansi, with news that their ‘facelifted’ Baleno – which was just unveiled in India - is heading to South Africa, with the model expected to arrive towards the end of 2019.

Most of the noticeable changes focus around the face of the Baleno. There’s a new 3D detailed grille that works well with a sportier looking bumper design with new fog lamp housings. For the Indian market, Suzuki has also replaced the Baleno’s HID headlights, with LED projector headlamps with daytime-running lights, further emphasising its new ‘face’. There appears to be no changes on the side and at the rear of the hatch, bar for the addition of some stylish 16-inch precision cut alloy wheels.

On the interior, there are subtle updates too, but are a little less noticeable. The biggest being the binning of the SmartPlay system in favour of a new 7-inch SmartPlay Studio infotainment system with Apple CarPlay and Android Auto functionality. The high-tech system also features a satellite navigation and a reversing camera. There is also a new two-tone upholstery available in black and black – a bit livelier than the sombre grey that was previously available.” 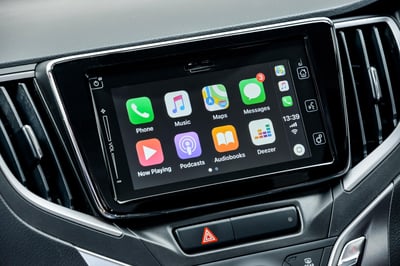 For 2019 the three Baleno derivatives adopt a restyled grille and modernised headlights with a three-dimensional design, while on the range-topping GLX specification the high-impact discharge (HID) lights are repla 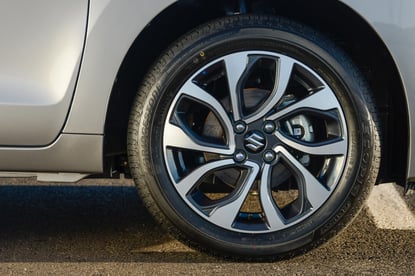 “The biggest change is upfront, with what Suzuki call a 'liquid flow' design ad translates into a wider more three-dimensional chrome strip that frames a new grille badge and headlight design. 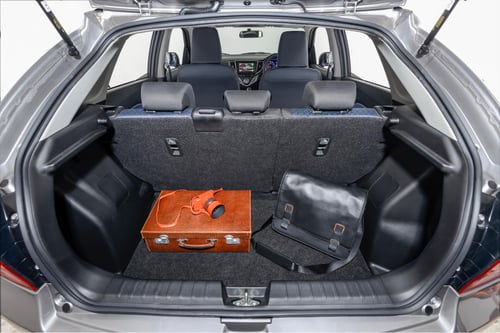 The attractive grille has a typically Suzuki visage, with the lines flowing down to run underneath the badge. At the rear, there is a neat roof spoiler, while the hatch opens up fairly high as the leading edge runs only slightly lower than the rear taillights. And that means once you've opened the boot, the floor is still quite low, offering a deep luggage space that can take an impressive 296 dm3. Fold the 60:40-split rear seats and you have access to 896 dm3, which is more than a Volkswagen Polo or Ford Fiesta can muster, but marginally less than the equally spacious Hyundai i20 (920 dm2)

Experience the Baleno for yourself.

Book a test drive and take the new upgraded Baleno for a spin. You won’t be disappointed.

Here are some great articles about the updated Baleno!